For May’s session, we continued with the “Talks” pattern, but we had a unique theme by name - “Journey to the Kernel”. The venue was VM Ware, and this time we had 5 speakers , all of them focusing in some way, on the internals of Python. The talks were each of 40-minutes.

The first talk was by Naveen Sivanandam Python of VM Ware on Containers - Deploying Web Services on Kubernetes. He spoke briefly about kubernetes and the typical infrastructure using a master,nodes, pods and services. He also demo-ed how to deploy 3 pods and run a flask app on them. The code for his talk along with the presentation can be found here.

The second talk was by Dhilip Siva about Dictionaries in Python 2 and 3. This was quite a nice session with people learning about how a dictionary could possibly be implemented starting with falsehoods where an implementation of a dictionary was only seemingly one but violated the basic principles of it by indexing keys instead of hashing. Gradually this was built upon, to demonstrate collisions of keys and how to avoid them etc.

This was followed by a brief break where tea and biscuits were available at VM Ware. Naveen also spoke during this interval about how VM Ware was using Python.

The third talk was presented by Sasidhar and he spoke about How Import Works in Python i.e, what exactly happens when you say “import math” etc. in a Python program. He explained the different levels of searches that take place (first looking up in sys.module and then in the sys.meta_path and so on) finally resulting in the loading of the module. His code and slides can be obtained here.

The fourth talk was by Rivas Hameed and he spoke about the Garbage Collector in Python - about basic memory allocation , garbage collection by ref counts and by tracing, along with some live examples. His thoughts on the subject can be found on his blog here.

The fifth and final talk was by Piyus Gupta, speaking about the Concurrency and Parallelism in Python. He spoke about CPU scheduling , thread safety and demonstrated how different implementations with or without multiple CPUs/single or multi-threading/multiprocessing can positively or negatively influence the performance of programs. The slides for this talk can be found here. 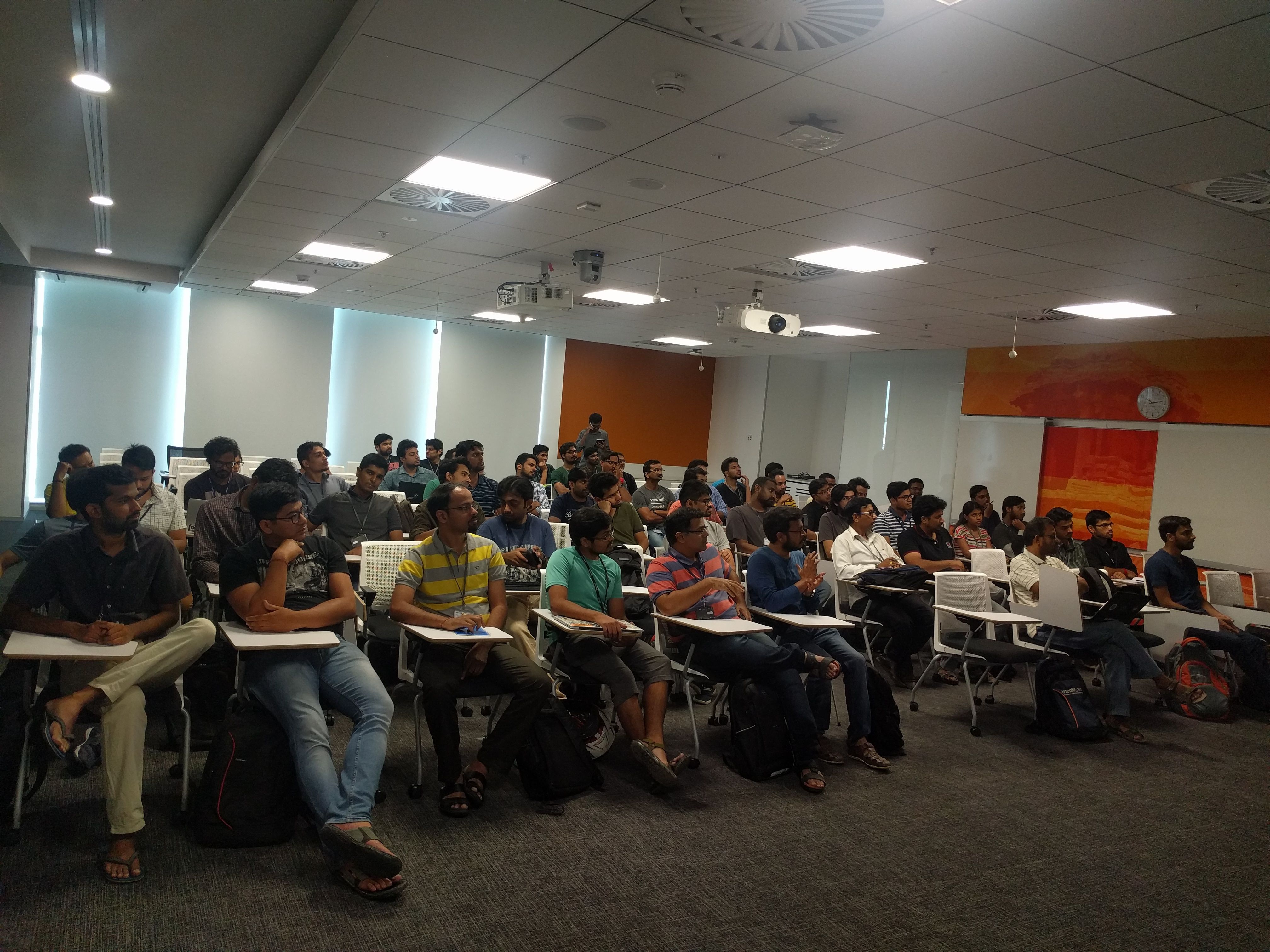 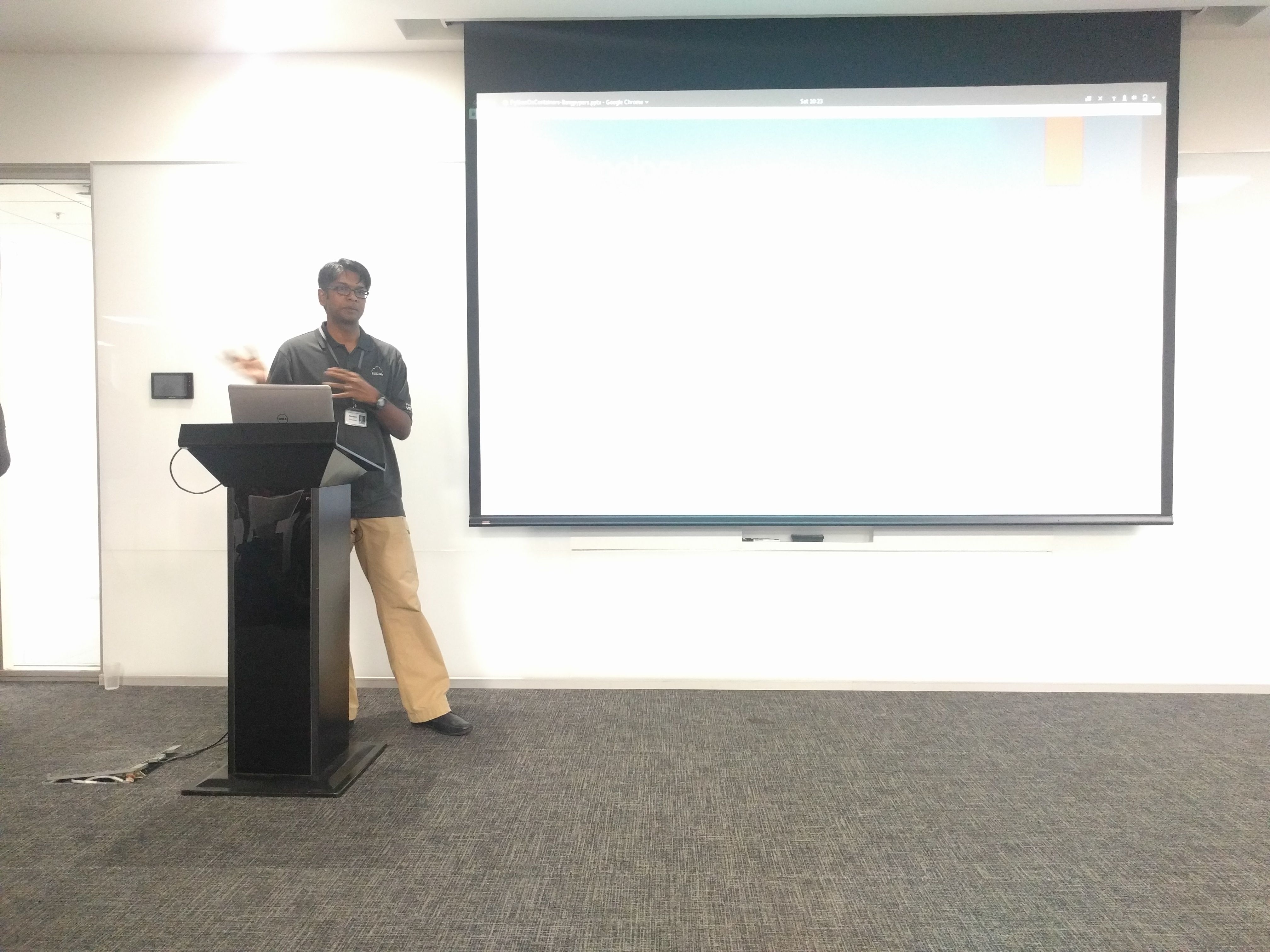 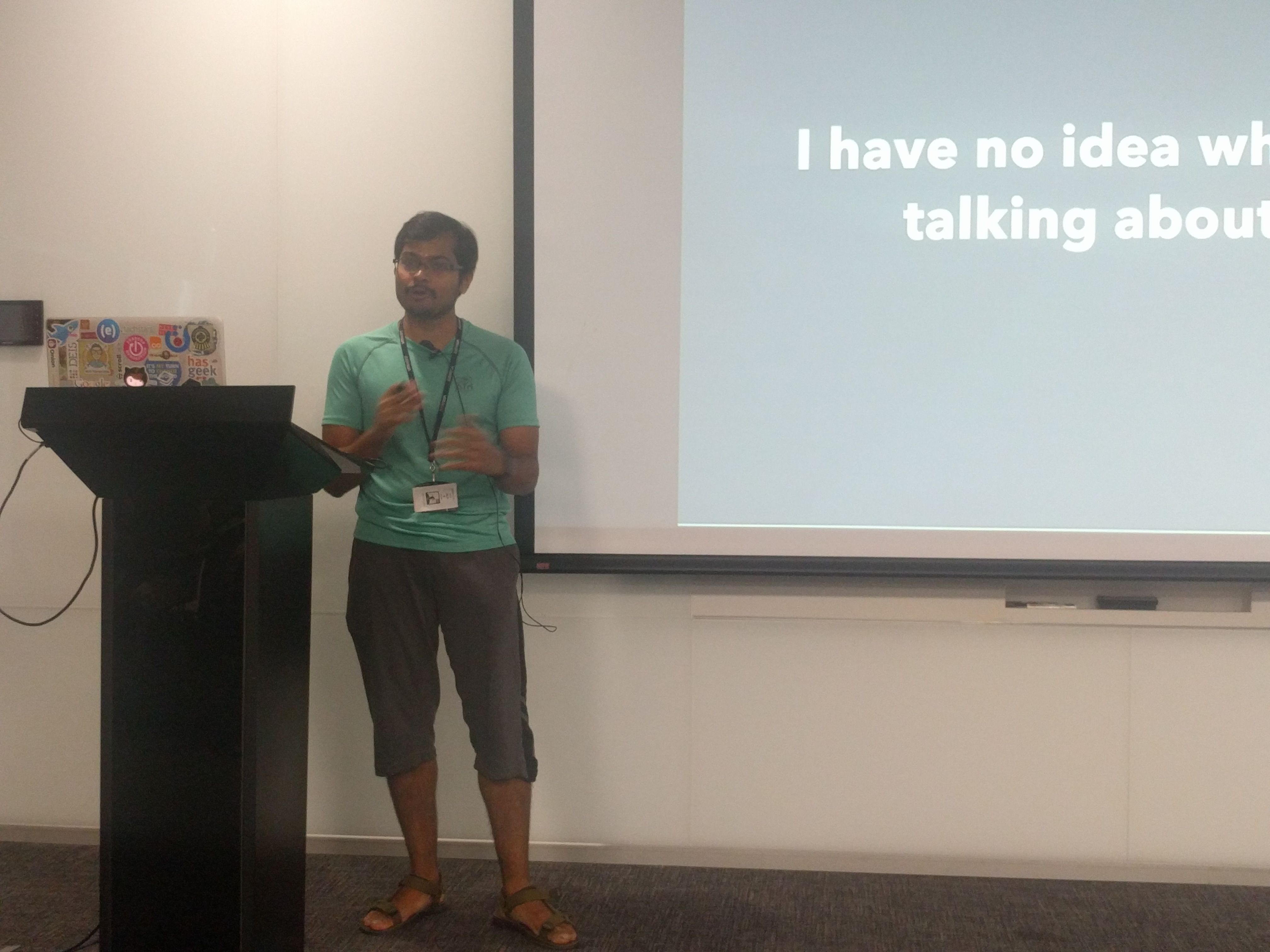 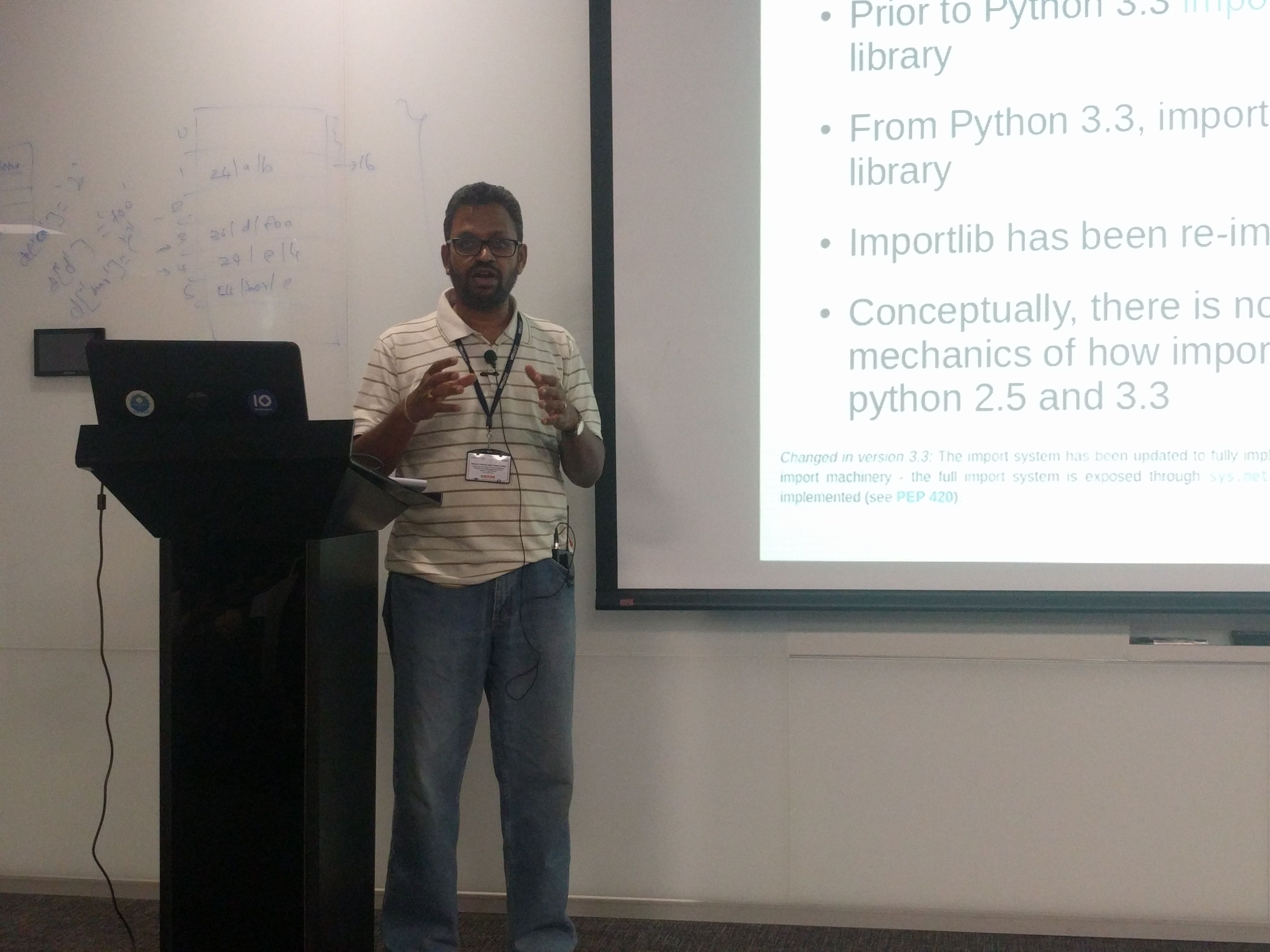 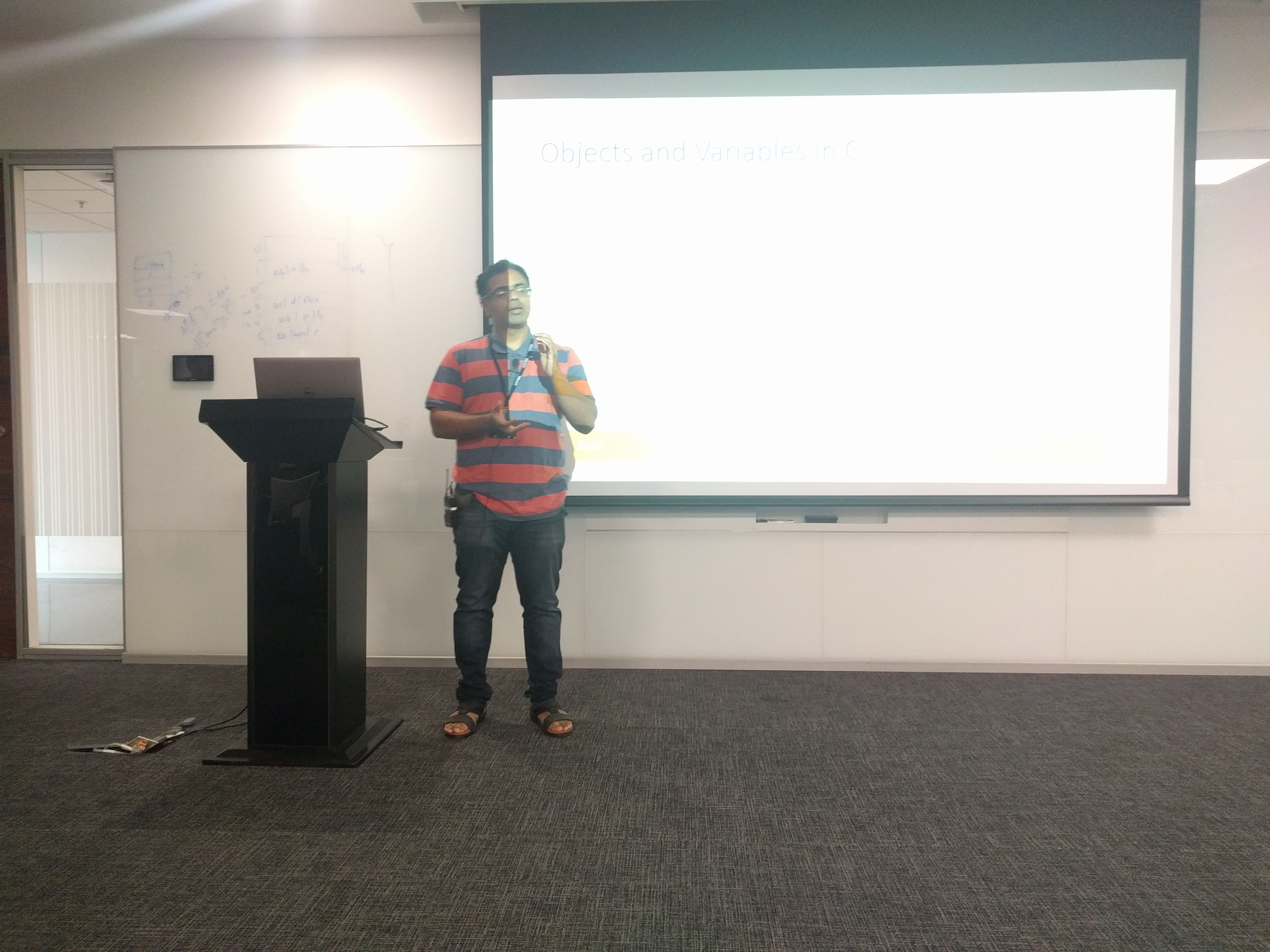 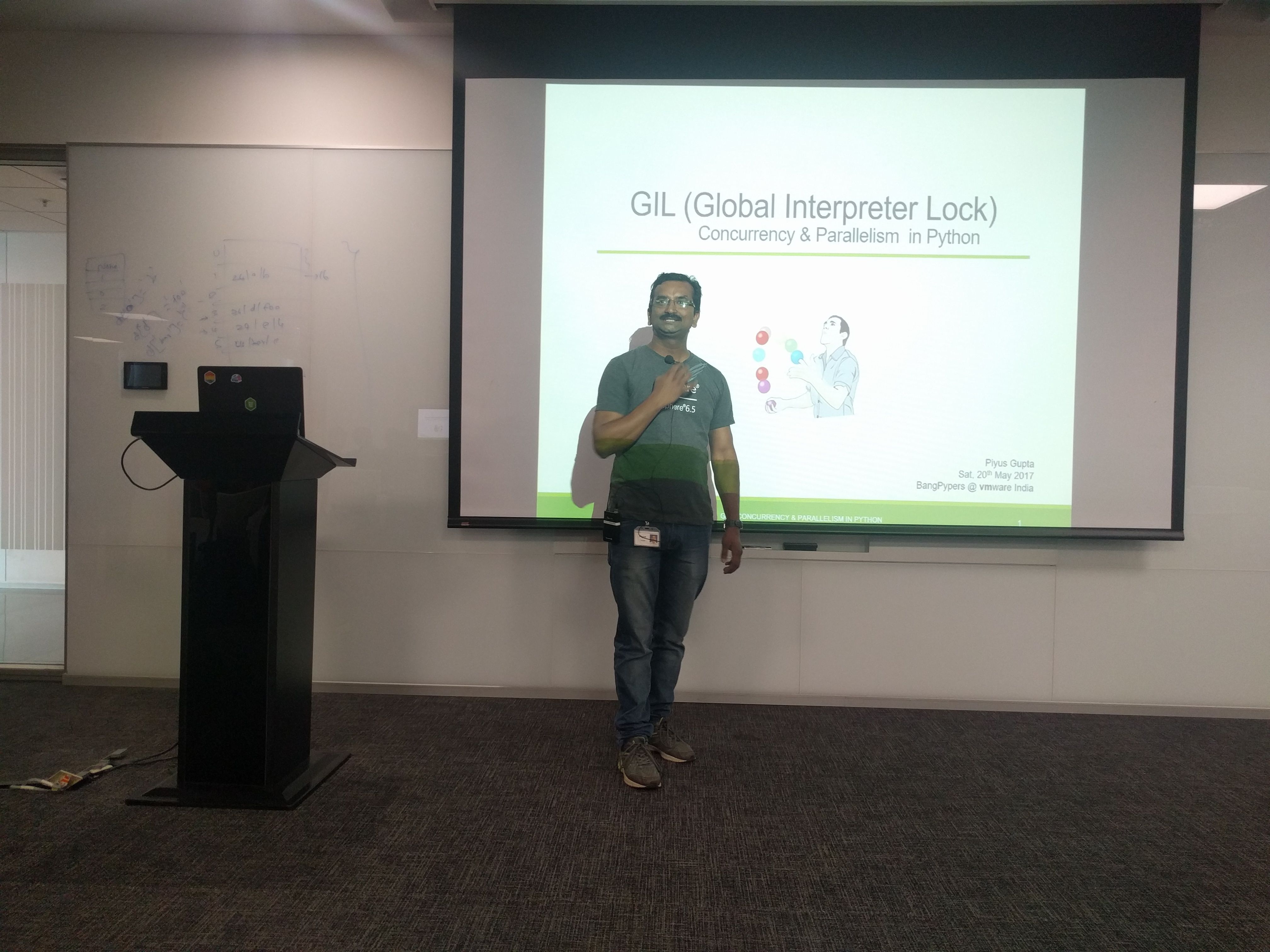 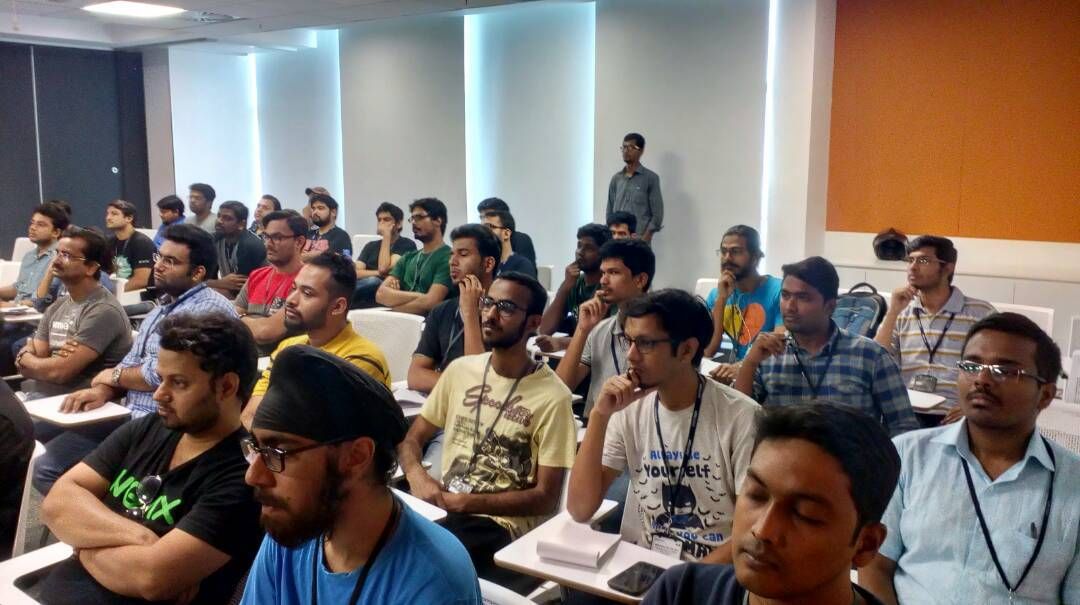